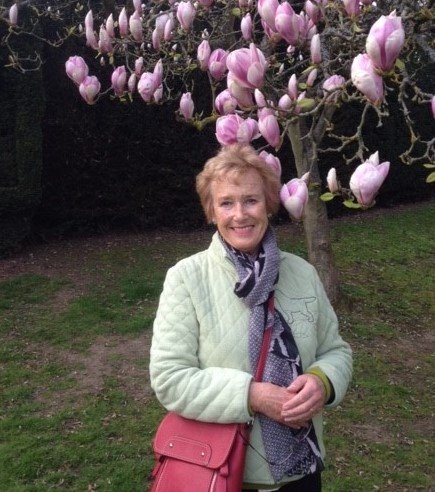 I was born into a farming family and have always had a keen interest in Labradors. The HEATHERBOURNE kennel was founded in 1967 with the purchase of 2 yellow bitches by Ch Sandylands Tandy. I had chosen Labradors because I always admired their wonderful temperament, a consideration that remains a priority today. Four years later I produced my first title holder SH CH . Heatherbourne Harefield Silver Penny and she became my foundation bitch and is behind all the Heatherbourne dogs of today . My second title holder was Ch Heatherbourne Lawnwoods Laughing Cavalier ,a most biddable dog who also qualified in the field . Since then I have produced over 30 Champions in UK and overseas including a number of International Champions . One of my greatest thrills was winning Best of Breed at CRUFTS in 1983 with SH Ch Heatherbourne Fisherman .He was a very stylish black dog who won his first CC at 10 months and went onto win 2 Gundog Groups .

I served on the committee of the British Labrador club for over 20 years and in the past was also on the committee of the United Retriever club . In 1998 I produced a book entitled “ The Ultimate Labrador Retriever “ which has been translated into Russian and German.
My first judging appointment at Championship level was in 1979 and since then I have been very fortunate to have judged in many parts of the world , including U.S.A, Australia, N.Zealand, Tasmania, S.Africa, Brazil, Philippines, Japan, Russia and most European and Scandinavian countries.
In 1999 I judged dogs at Crufts and I have also judged Labradors at The World Show on 2 occasions .
I am looking forward to judging in Germany again and would like to take this opportunity of thanking the committee for inviting me.
.
Heather Wiles – Fone ……..Heatherbourne Labradors